For most of my life I’ve always written & believed that people should be more self reliant and stand on their own two feet ie. “clean up your room and put your house in order & stop complaining about how the entire world is against you” 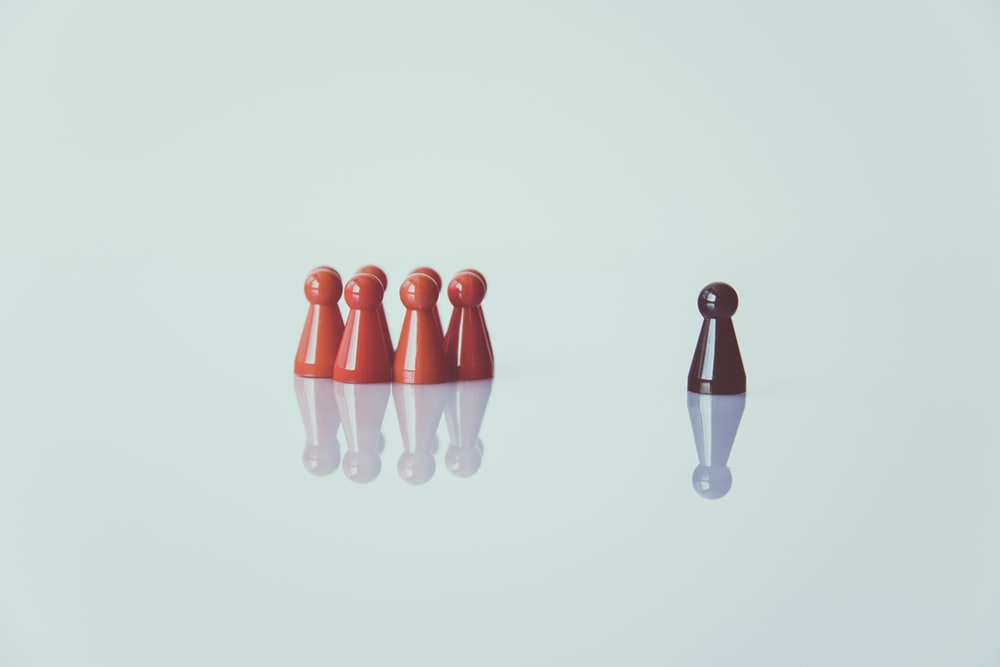 Think of this as a crescendo applause, as Eric Weinstein described so well on the portal

After some dramatic speech, one audience member claps slowly, then another, and then a few more, until the trickle of clapping gives way to roaring applause, often ending in a standing ovation. This is also referred to as a crescendo applause, named for the increasing level of volume it produces.

Each person in that crowd had a different energy activation level, before they felt comfortable agreeing with a belief that secretly held.

When you look at Representation from that perspective you realize that we should be a lot more kinder towards other WHILE at the same time expecting people to be better.

Those may sound like contradicting beliefs but both can be true can the same time!

Until recently I’ve always said that people should be giving the speech, however, not everyone is wired that way and in different aspects of our lives we have different activation energies.

In fact, in a different situation we would be the last person to clap and not the one giving the speech.

Part of growing up is realizing that probabilistic you would be a Nazi Guard and not Schindler saving the Jews.

Given then fact that every person in every situation requires different activation energy, means that if we can we should aim to make it easier for everyone.

I noticed this early in my life, first with fitness and then later when I dropped out of college to travel, they were a ton of people “traveling the world for a living”, however most Indians used to say that it wasn’t possible for Indians (They still do).

I’ve always seem to have low activation energy and in many parts of my life its easy to me to be the first one in my group to try something. However, over the years as 1000s of people who’ve heard of my story & told me how I affected them, I noticed the spectrum of activation energy.

For example, here’s an email I got last week that caused me to write this article.

The video barely look 30 mins of my time and yet it still has an impact today 2 years later…why is that?

Simple, I was being the person the giving a speech and get the ball rolling on something people hadn’t done before.

So What Should We do?

Maybe we should pull from the extremes

1. If you see yourself as the person who could give the speech, then you should!

If you’re a part of a group and everyone in your group believes something can’t be done, be the person to show that it can. However, do it in a risk adjusted way.

2. If you don’t see yourself as someone who could give the speech ask yourself why?

Everyone has aspects in their life where they can ask themselves this question.

Spending your entire time looking at a system and only seeing the disadvantages is a 100% sure way to let yourself ignore the advantages you have.

One of the biggest things that helped me in the past few years was letting go of the savior complex. I think it’s very easy especially for young people who’ve achieved any form of success in any field to think that it’s their responsibility to change others.

For example, let’s say your dad is an alcoholic & because of seeing the side effects you can see you’re very passionate about Alcoholism.

You can spend 5 years trying to get your dad to quit Alcohol, to no avail.

However, if you put that same energy towards writing about alcoholism you could probably help over a 1000 people finally let it go.

It’s easier to help people who wants to change, then it is to try to convince someone that they need to change.

Changing yourself is ALWAYS painful, no matter how open minded you are. All the beliefs you identify with become a part of you.

5. Stop Tying Your Success to Your Group’s Success

It would be easy to say that you shouldn’t identify with your group identity, but based on how humans are built its near impossible not to identify with one group or another. Human beings are tribal in nature.

So, if it isn’t possible to stop identifying with your group, maybe we should at least aim to let go of tying our success to the success of our group, especially when we barely know members of the group we identify with.

Summary:  Instead of telling people that they should pick themselves up, I think we should all be kinder to each other, but at the same time, we shouldn’t take that for granted and expect things on a silver plater.

You Can Never Be Right, Just Less Wrong

Why I Quit Investing in the Stock Market

3 Replies to “When Representation Matters”