A few days ago I checked the news of the area I was in (to keep my hand on the pulse on the future covid rules), and I saw these headlines. 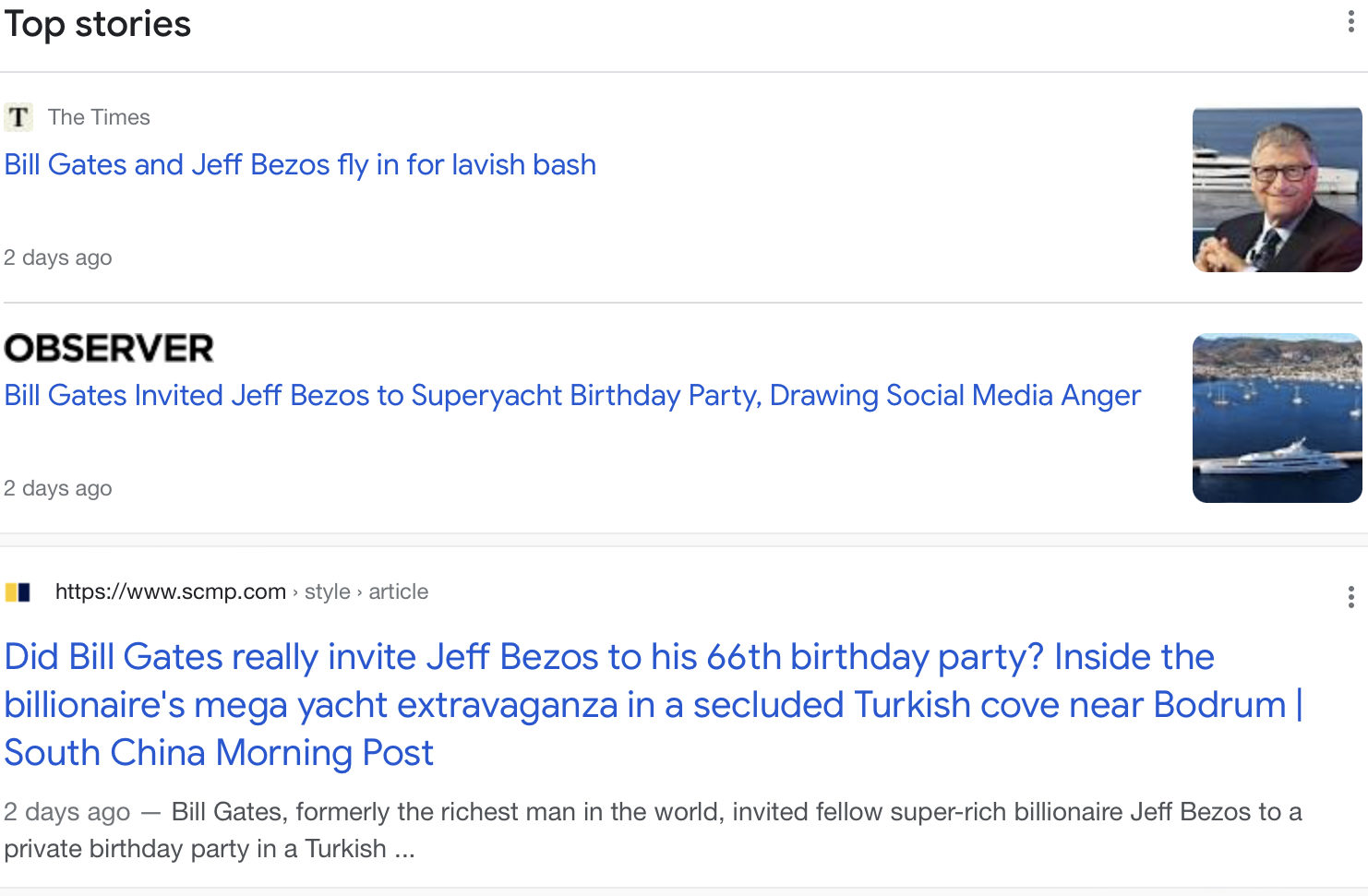 It’s November 2022, and a large vocal ‘minority’ of countries and people are still wondering if they’re going to be “locked in” this Christmas, how is my “reality” a morning where I realize Bill Gates and me were chilling at the same beach and I’ve been in 4 countries in the past 5 weeks unvaccinated? (yes, more on this later)

If you Google the word “Riviera” every article talks about the French Riviera, at worst they might mention the Italian Riviera.

But how come Turkey isn’t mentioned? “Well it’s Turkey yikes 😬 it’s near Syria don’t you know it’s super dangerous and the government has been becoming crazy the past years” 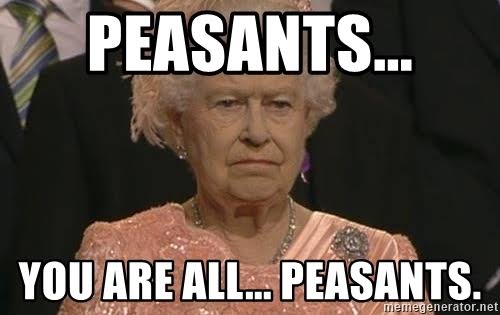 But then how come Bill Gates (& me) are relaxing down here, well because the Turkish Rivera is great and people’s perception of it is wrong as usual, especially when Turkey isn’t authoritarian with Covid unlike the rest of Western Europe.

Andrew from Nomad Capitalist’s tagline of “Go where you’re treated best” basically sums up this view.

Turkey’s Riviera is half the price of the French’s Riviera, so any decent mildly average freelancer/digital nomad can afford it so that would be a reason it was a better option for many people.

But of course price doesn’t apply to one of the world’s richest man, but “Go where you’re treated best” still applies and while France pushes for a Vax pass, Turkey let’s people travel in peace.

One of the most popular “clap back” to above example of a person (me) is to say that they’re “out of touch” that’s often a phase used dismiss opinions. In fact, I wanted to plant that idea in your mind in the first place to get to the point of this article.

Look at that phase, “out of touch”… with what?

“Base Reality grounded in physics”? haha you’re joking right? No one cares about that.

Out of touch with the “reality of the person whoever is using that phase”.

I remember having a heated discussion with a friend in El Salvador about this, I remember him using the “most people” argument ie. Most people aren’t listening to podcasts and they don’t understand bitcoin they just read the mainstream news.

Well they’re not “most people” they’re just “your people”. And instead of using the “most people aka your people” excuse maybe just focus on yourself.

Globally unless you’re talking about factory workers and farmers, if you ever use the phase “most people” you aren’t really referring to most people. You’re referring to the people like you or similar to you in everything except one thing. Ie your people.

They’re just talking about the shared reality of that person and their in group and they believe that’s what “normal” means.

I think a lot of what I’ve written in the past year comes back to this topic.

I’ll be assuming that you read the above articles in the rest of this article.

How to talk to normies?

Recently my girlfriend joked that most of the time I talk to people my advice ends up sounding like the meme “stop being poor”.

I think all my conversations with friends about “most people ….” work along the same line and over the past years I’ve seen the same thing happen with a lot of the people who left the shared reality of the mainstream or “jumped s curves”

So thought I’d share my journey because there’s a very important that I want to highlight: it doesn’t get easier.

For me religion was the first “shared reality” that I let go, I started questioning religion the moment I could think and was an atheist in my early teens so I was the outsider in my own family where my mom goes to church everyday (yup not just Sunday but everyday) and my cousin is a priest.

Can you talk about religion to someone who literally not metaphorically believes that a person came back from the dead? Nope, so you stop talking about religion cause it’s pointless.

The next shared reality that I left was food and fitness, I went from a chubby kid with a tummy to have an 8-pack and deadlifting 200kg at 17 years old. Also realized that most peoples view on sugar, carbs and fat are completely wrong even the people in the gym.

Can you talk about fitness to someone who believes that it’s all genetics and have never paid attention to food and doesn’t know that sugar is near poison and seed oil is bad? Nope so you stop talking about food cause it’s pointless, you let them believe their ideas and be victims.

You get the point. The next ones for me were obviously college, business, travel, digital nomadism etc etc.

I did an interview for Dutch documentary on bitcoin, here’s a short clip where I talk about just work and business.

Ps. While convincing people of beliefs aren’t useful, I do believe it’s useful to help people who are making the effort. My belief is that it’s easier (and good) to help someone who’s walking to run, but forget about the people who haven’t made the effort to walk.

When it was only religion or fitness it was easy to have normal conversations with people cause “hey we’re all in this together” but for every s curve I’ve jumped it’s become close to impossible for me to talk about things cause our realities just don’t match.

As an example, 2020 was a year when most of my high school friends graduated out of college and had to try and work just as a pandemic raged, while in mid 2020 I “retired” cause my business were automated. That’s an example of gaps that become impossible to bridge for years.

Another example is how the entire world used zoom for the first time in 2020, but I haven’t had a work Zoom call since 2018. “We’re all in this together” is the most dangerous belief I see holding people back.

Going back to the idea of jumping S curves, most people in the world don’t jump any s curves that’s a given let’s ignore them for the rest of this discussion.

There’s a second group after that, it’s the people who jump s curves once or twice and wrap their whole identity in new curve they’re in.

Why do I want to highlight this group, well cause I see most young high achievers get stuck in the second group.

They are the ones who go a little bit outside the box, get comfortable in that box and spend the rest of their life trying to get more people in that box so that they’re not alone.

“Large numbers of strangers can cooperate successfully by believing in common myths. Any large-scale human cooperation – whether a modern state, a medieval church, an ancient city or an archaic tribe – is rooted in common myths that exist only in people’s collective imagination.”
― Yuval Noah Harari, Sapiens: A Brief History of Humankind

Sharing our beliefs with others is a primal human desire. In my article “what are you optimizing for” I shared that “most people care more about being perceived as being right, rather than actually being right” 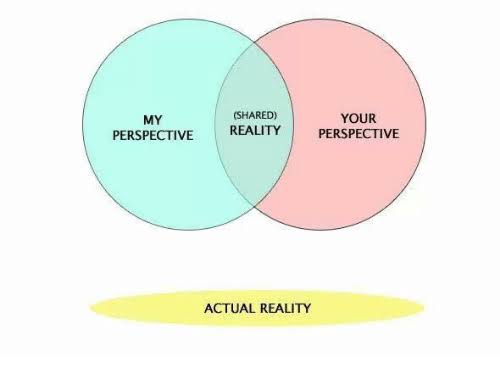 I found the above image on medium while trying to find different ways to highlight my thoughts on this subjects. I think I’ll use it to highlight my final points on Shared reality.

I haven’t written about Covid since my article titled “Risk” in June early this year. I thought I’ll share an update and illustrate a point about shared reality.

I have seen two vocal narratives and have friends who believe both of these.

Are they people that don’t fall into these camps? Yup the silent majority, of course but the above two narratives are the most popular that’s driving behavior and rules.

What’s the silent majority solution? Something along the lines of “I know a lot of things aren’t making any sense but I stopped asking questions a while back and I just go along with things”.

Well so which shared reality do I pick? Well neither of course.

When someone in life gives you two options, always pick option #3

For starters we’re up to 4 billion people around the world vaccinated against Covid. That’s a lot, and for every month the vaccine has been out there the risks are more assessable.

I shared this “vaccine cheat sheet” to a few people early this year cause it felt pointless talking to people before they read it.

Notice two things in this image: 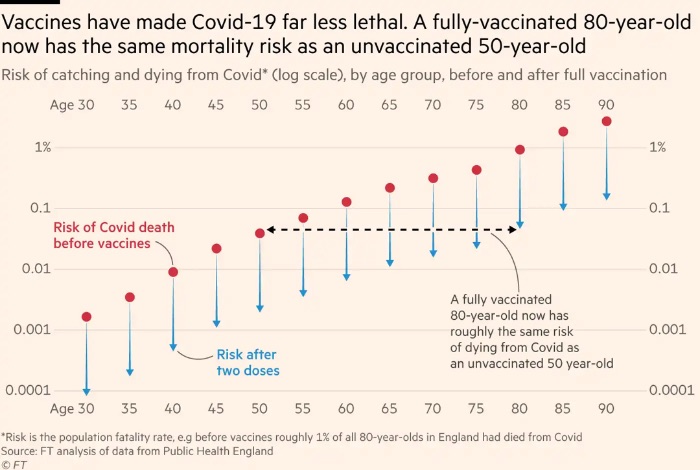 There’s no massive upside on an individual health level for someone young & healthy to get vaccinated.

Reasons to do it either way:

Do you consider the above valid reasons? Maybe. Will probably be a personal choice out of convenience.

Conclusion: when most people who are in the risk groups get vaccinated, hospitals in those countries tend to be empty and people live life like normal Ie there is no more excess deaths.

What’s the conclusion of my vaccine cheat sheet?

Well it’s that most people benefit from vaccines and the downsides are pretty low, but the younger and healthier you are the lower your upsides.

Is society going crazy and tyrannical, well it honestly depends on where you are if you’re in Australia, Canada, most of Asia, coastal US and Western Europe well you probably think it is.

Here’s a site I’ve been visiting 100s of times the past year: Skyscanner Travel Restrictions

this is how the map looks for me from Turkey as of November 23, notice: how Western Europe, Northern America, Asia is completely red. 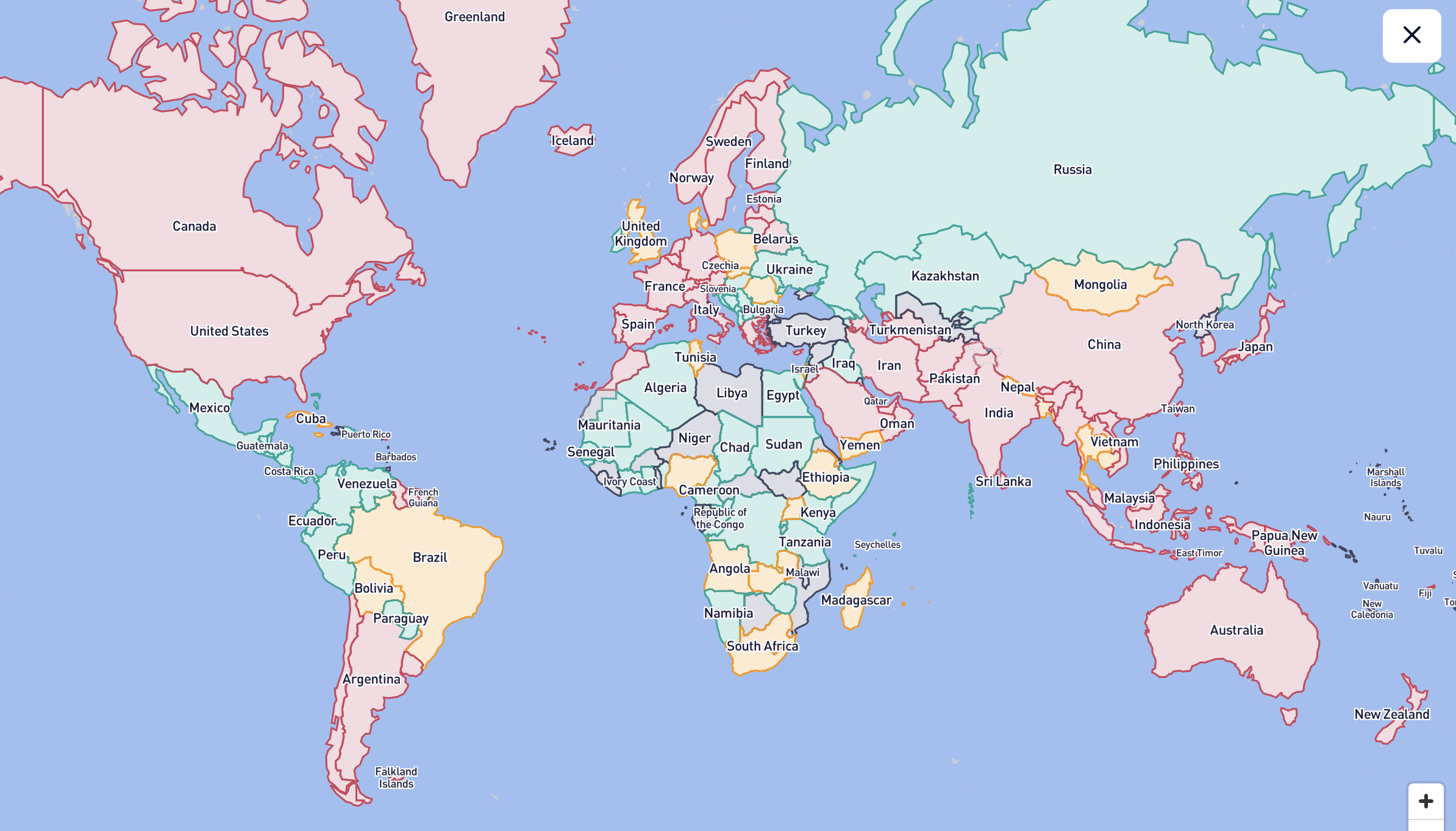 Why am I highlighting this Map? Well cause 2022 was my second most traveled year and I’m unvaccinated. 38,000 Kms. 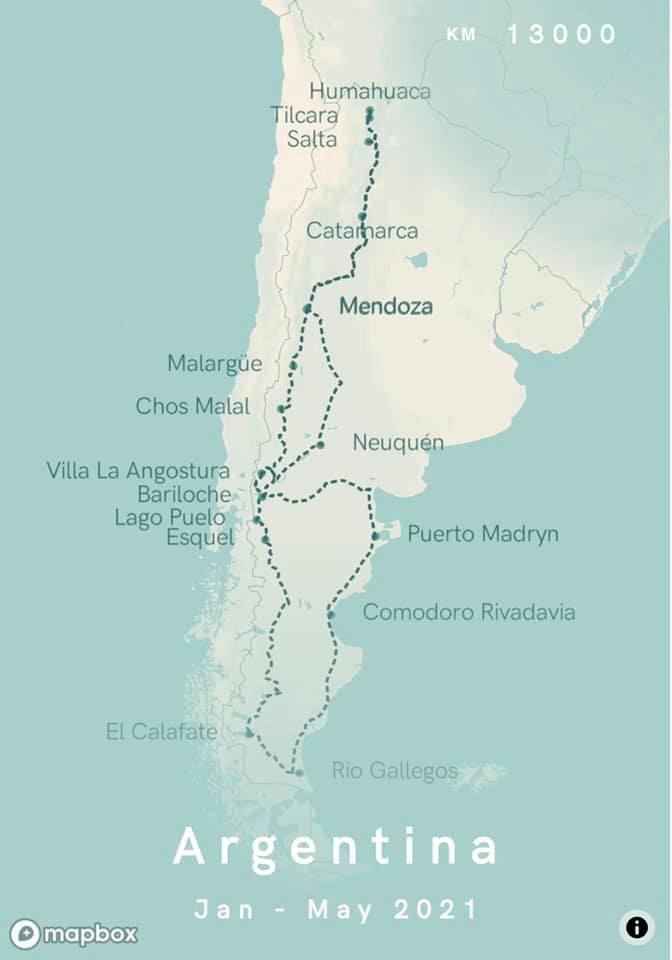 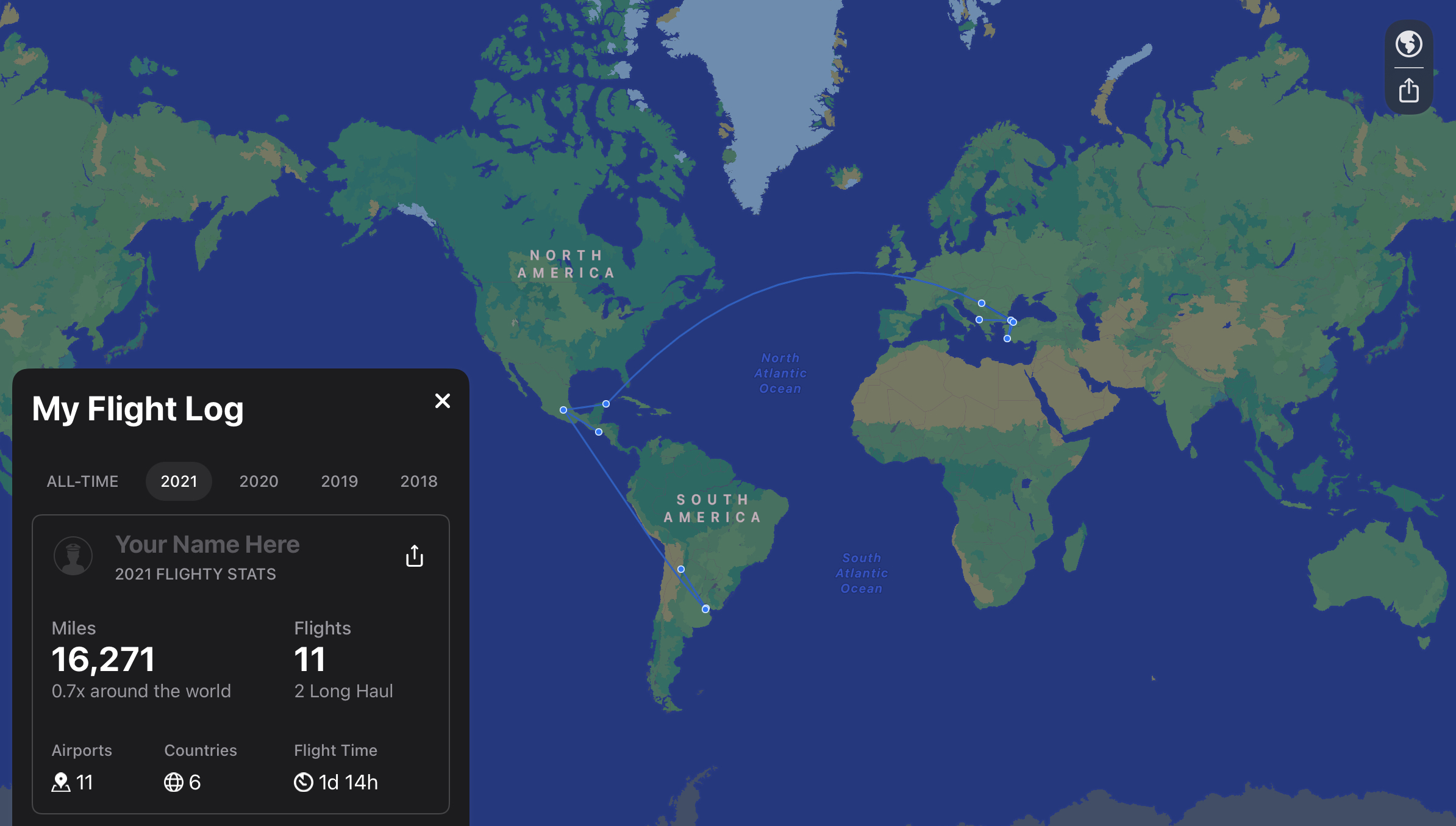 So I’ve traveled 38,000km, been across 4 continents and only did 5 Covid tests and no place forced me to get a vaccine, in fact I can travel in peace in all of these countries and for every month that passes more and more of the world is opening up to me.

In fact, for the past 3 months outside of airports & a few building here and there I haven’t had to wear a mask. Where’s the tyranny? /s

When this year started less than 10 countries on the map was green now almost all of Africa and South America is green. (Guess I know where I’m spending next year)

Note: Add quarantine to above calculation if you’re flying into an insane location.

So most of the upside of having a vaccine for traveling the world will mostly disappear. (You should see how annoyed vaccinated people get when they have to do a pcr to travel😂)

Side-note: The “I’ve taken the risk of getting the vaccine for society and so should you” reminds me of stupid college graduates that think they should earn more because they have a worthless piece of paper. Basically people who haven’t lived in the real world and just spend their time virtue signaling.

Are some countries going crazy with rules? Yup of course that’s why I’ve basically written off south east Asia until 2023.

Per @nntaleb rule “the most intolerant wins” the fearful vaccinated will drive out the unvaccinated.