A few weeks ago I had a very weird but interesting realization, I didn’t do any (non-friend related) Zoom calls since 2018. In 2020 the year that “Zoom” became a verb, I did only one Zoom call and that was with a friend.

Talking to my friends made me realize the contrast of my reality, most people I know spend more time on Zoom per week than I have in years. I wanted to understand why and the more I thought about it the more I realized that stuff like that exists in almost every single aspect of life.

It literally all comes down to being “early vs late”

Reading that sentence you probably think I mean that being late is bad, surprisingly not. There’s pros and cons with both and in this article I’d try and share how my thoughts have evolved on this subject. First let’s dive into being early.

Let’s go back to the Zoom example, how is it that it’s been nearly 3 years since I “had to” go on a Zoom call.

Well it’s simple, I “had to” have Zoom calls since 2017. In 2017 when I was working as an SEO consultant and later working at Foundr we used Zoom often and I had weekly zoom meeting that I “had to” attend.

Note: When I say “had to” I don’t mean it’s all bad. The below two pictures are from the same day in October 2018. 7-8am I had a zoom meeting, 9-1 I hiked a mountain range bordering Russia and Georgia. Those zoom calls made the lifestyle possible in 2018. 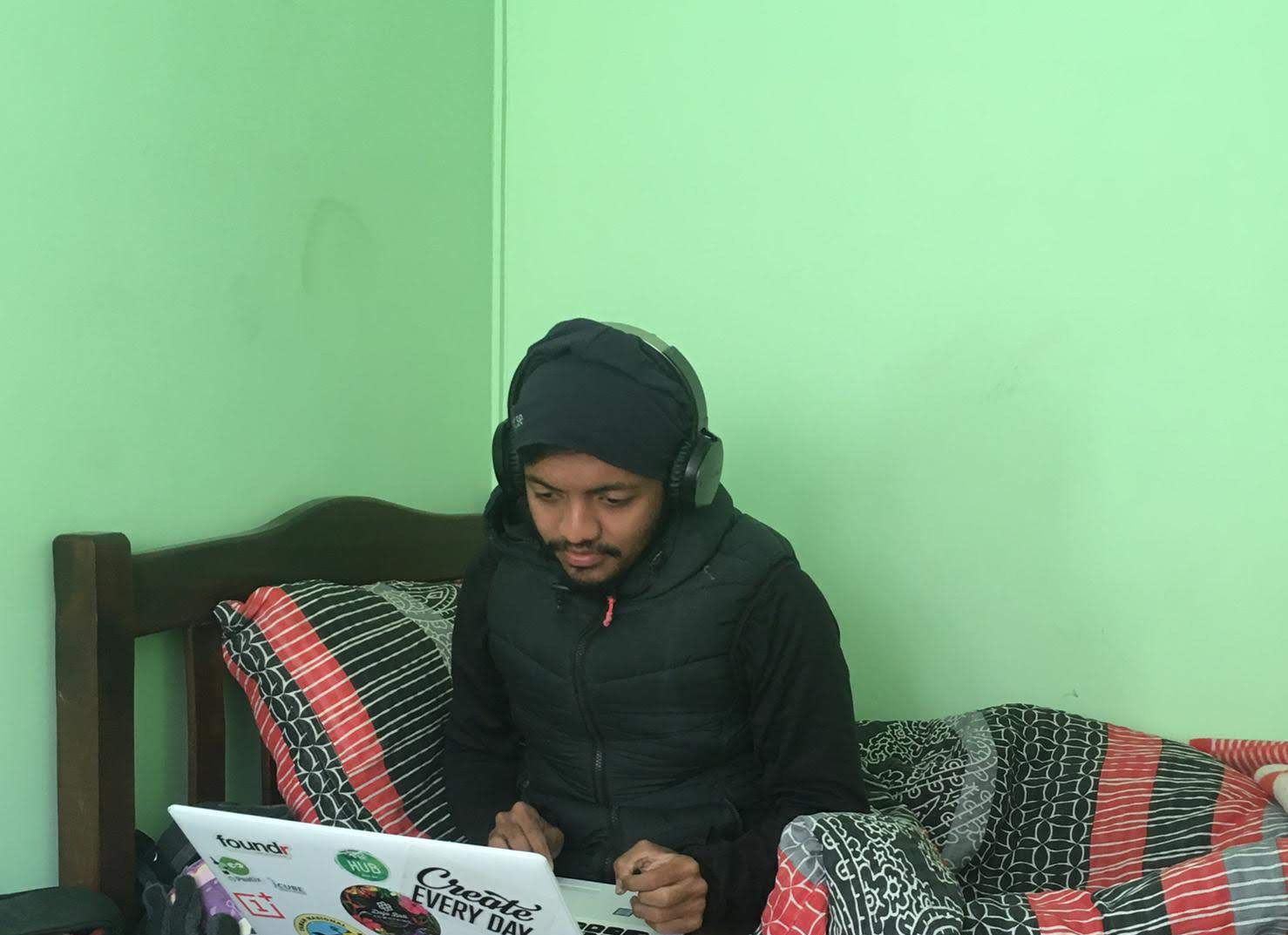 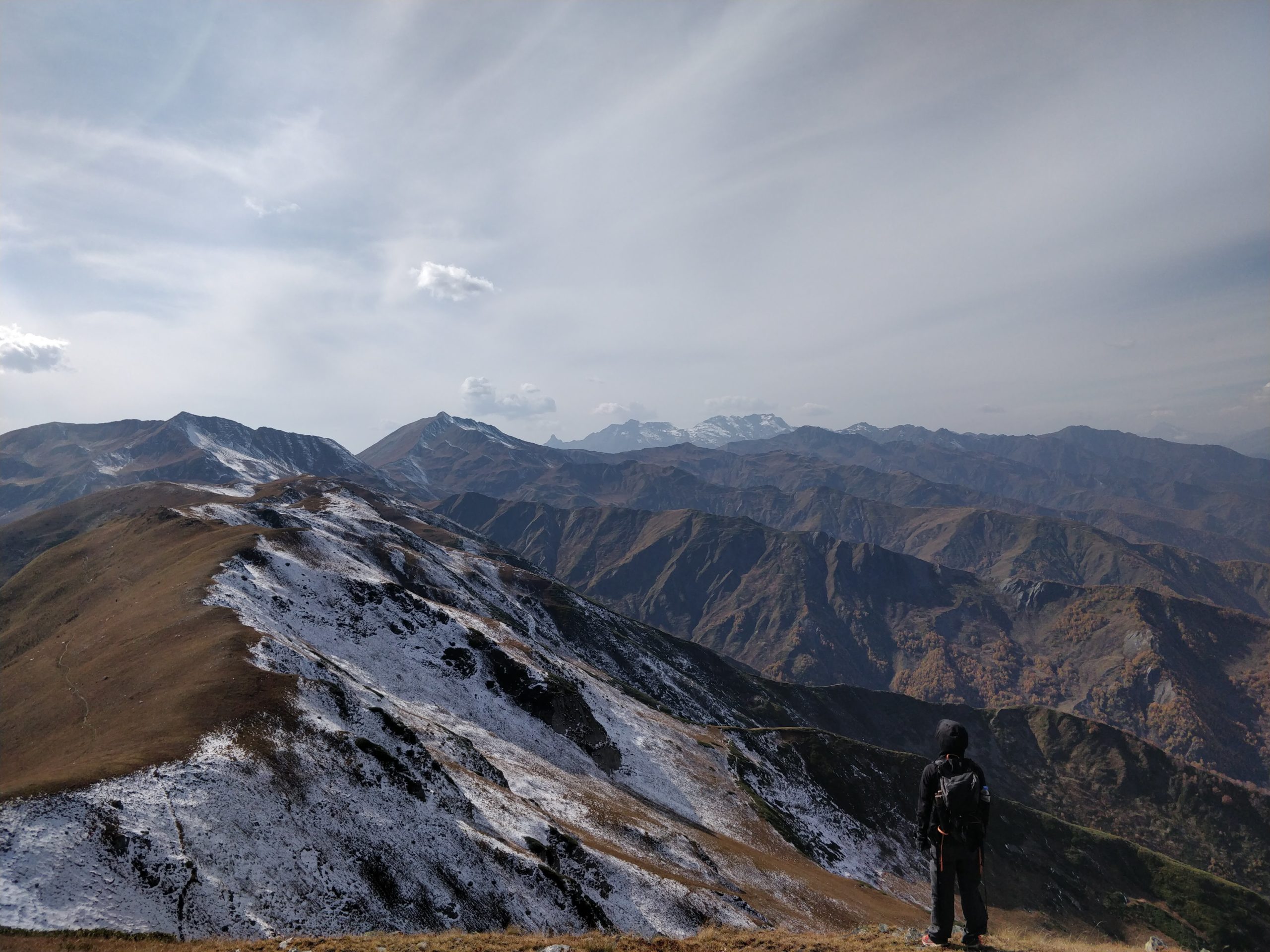 That was still at a time when people talked about ‘if’ remote work is really possible/reliable etc. Instead of just observing reality and seeing that it is.

By being “early” to remote work relatively, by 2019 I had already quit client work entirely, stopped freelancing and just ran semi passive businesses that didn’t require me to ever Zoom anyone. By mid-2020 I quit working online entirely as well (but that’s another article😉).

I’ve always optimized around removing the “have tos” in my life.

Unrelated but along this same lines, I made up a quote recently that shares this idea.

The people I know who say ‘I don’t care about money’, always seem to spend the most time doing things in exchange for money

So my logic isn’t to be a luddite and avoid technology or whatever, it’s more along the lines of doing things before they happen so you’re not forced into it.

A simple obvious example to illustrate this is health.

Let’s say you’re in your 20s and like me you care about your health a lot (not just looks but your overall health). You don’t overdo it but let’s say you read research papers once in a while, listen to podcasts and continue to learn and implement what you learn.

Just for the simplicity sake let’s say it takes up 5% of your waking hours on average over a year. (Between cooking good food, exercise, learning more etc)

Now let’s say you maintain that 5% time into the future. You don’t over optimize and count calories but you don’t have ignorance on what foods are clearly healthy and what’s clearly not.

Contrast that with a 20 year old who doesn’t put in the 5% time early. That person “feels and looks” healthy and there have no short term problems so they feel like they don’t need to worry about their health at all.

Statistically, as the second person gets to 40-50 years old they’ll be forced to care about their health. By age 60 maybe the person ends up spending 40% of his time on health related matters between insulin injections and dialysis.

The original 20 year who focuses on health early will still spend more time as they age. At 60, as a contrast maybe he goes from 5% to 10% or even 20%. So while the late person is sitting getting his dialysis done, the first person is still hiking mountains.

(Of course they’re exceptions. Genetics, luck etc etc will pay a lot of role over here, but overall statistical on average this logic holds true.)

Coming back to a more relatable subject, remote work and zoom.

People who’ve been working online for years “chose” to do it. And because they chose it, they got to enjoy the upsides of remote work with the fact that they could work from the beach in Bali (or at least near to it under the shade at Dojo’s).

Or hike mountains right after a zoom meeting like me.

While the people in 2020 who were “forced” to work remotely got some upsides but it wasn’t the same as working remotely pre-pandemic.

There’s an undertone to people replies whenever I’ve talked them on these topics that always ends up with them using the words “Most people”.

”Most people don’t have the skills”

”Most people can’t start a business”

This next sentence might sound harsh, but “who cares about most people?”

I mean that question seriously, why should you care what most people think or do?

“Most people” think all fat is bad and sugar is alright. “Most people” are (or becoming) overweight and can’t even deadlift their body weight.

Do you believe it’s healthy to eat pies and pizza because that’s what “Most people” do?

So if we let go of the idea of “Most people” and just focus on yourself for a second you’d be able to make a real change and stop using “Most people” as an excuse.

Maybe it’s just me but I’ve long had an unconscious fear of being “forced” into doing something. That’s surprisingly not a very shared belief among a general population.

If you’re “forced” into something you can always play the victim, you don’t have to make a choice so it’s not your fault it’s someone else’s.

Making a choice usually means taking a risk, and being wrong or looking like a fool (which is worse than being wrong for most people).

The entire response of the western world to covid was a good example to this. In early 2020 it was much easier to believe that covid wouldn’t affect us than it was to believe that it might. Because if you believed that it would affect you then you had to make a choice.

Now let’s take another perspective against being early. In the big short, there’s a small scene I like.

Micheal Burry say, “I may have been early but I’m not wrong”

That sentence has been on my mind a lot as I wrote this article. In investing and business often you’ll find out that being early is the same as being wrong so how does that match up with everything I just shared.

Well here’s where the pros and cons of both being early and late come in.

Let’s start off with the belief that you can never be perfectly on time. If we can agree on that then logically you have two options right? Being Early and Being Late.

Perfect is not an option, just early or late.

Here’s how I have summed up the differences:

For the most part I notice that personality plays a lot when it comes to this. Some people prefer higher odds of success vs higher ROI, some people find the isolation of not sharing their beliefs with other people unbearable.

Also, if you’re a financial adviser, work in a large company, in politics etc etc. If you’re “early” you’ll probably be fired before your expectations becomes a reality. So being early isn’t a useful skill in many parts of society especially the parts of society where success is defined as “other people’s belief”.

Both of them were “right”, but one of were in a riskier position because of their structure. Brownfield capital was investing their own money while Micheal Burry was also investing other people’s money.

That’s why they could double down while Micheal Burry had to worry about losing his entire business. (Also why he is independent today)

Being independent is an incredibly powerful tool. But here’s the catcher, if you ever turn on the news or read a newspaper or listen to a professor, you probably aren’t listening to someone independent. The opposite actually you’re only listening someone to knows about the “success = other people’s opinion” world.

It’s easy to dunk on professors but that’s especially true with anyone teaching about business. None of the theory has anything to do with the reality of the world. “Those who can, do; those who can’t, teach.”

So extrapolating that idea, if you come from the world where “other people’s belief” is what success is, then being early=being wrong, and if that’s the only world you’ve ever known you start believing that that’s how the rest of the world works as well.

Surprisingly I’ve noticed that if and only if

Being “early” rarely has any downsides if the above 3 things are true. But fulfilling the above criteria is so much much harder than you think and something that will take a lifetime to work on, but a step in the right direction goes a long way.

Getting closer to the above is probably what I spend my time optimizing.

Just like with the health, the information compound and your actions compound.

It’s simple, but not easy.

I’ll end this with one of my favorite quotes that I tend to reuse in a variety of situations.

I’ve been living out of a single backpack traveling the world since early 2016. I used to work as Technical SEO Consultant (Former Head of SEO at Foundr.com) and travel blogger.

I now blog on JeremyNoronha.com writing about whatever is on my mind 😁