Wi-fi is extremely important in today’s digital age. We depend on it for our leisure, our work and to keep close to our loved ones. It’s simply a lifesaver and without it well, we’re simply lost.

Can you imagine a situation without good Wi-Fi? I can whilst traveling to a new country! Now you may argue there are coffee shops with good Wi-Fi but that is the biggest myth being passed around.

If 30 minutes of extremely slow limited Wi-Fi is what you need then be my guest! Most coffee shops don’t offer free Wi-Fi and even if they do it’s often not suitable for work. Moreover, If you are going to countries like India, China, Japan you can forget about free Wi-Fi!

However I feel you are reading this you’re probably looking for a more power Wi-Fi with good connectivity, speed, and hassle-free to get! Something plug-n-play…

Something remote that will fit in your palm…

Something you don’t need to even get a pesky expensive roaming carrier plan for.

Well, that something is the Roaming Man a standalone WiFi hotspot that has good connectivity, speed and can be used without a SIM card, and in this Roaming Man Review I’ll dive into why it’s so great!

What kind of sorcery is this?!

We’ve prepared this comprehensive review of the Roaming Man to tell you everything you need to know about this handy device and why it will change your life. We won’t go all technical on your ass rather tell you exactly why it is important for your lifestyle and why you should invest in this little baby!

Psst! Are you looking for A Roaming Man Alternative? Check out the Skyroam Solis below!

Get The Skyroam Solis

The need for Standalone Wi-Fi Hotspots

When traveling to a new location what’s the first thing you think of packing? I doubt it’s Wi-Fi… clothes definitely but something so important Wi-Fi we neglect only to have to complain about how bad the network is when we get to that tropical exotic place. 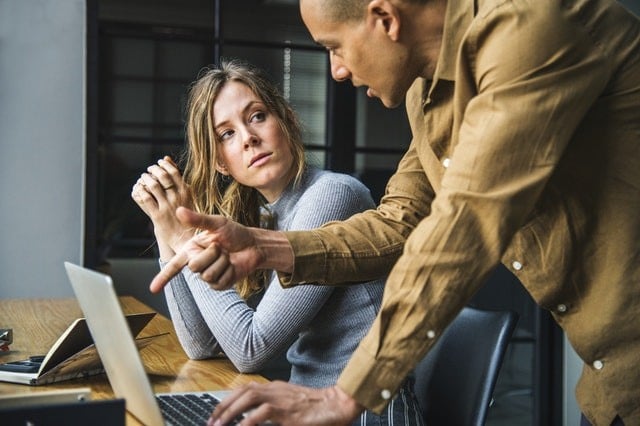 Of Course there no free internet sally! In cases like these a Wi-Fi hotspot is what you need but not just any Wi-Fi hotspot a Standalone Wi-Fi Hotspots. This “standalone” makes all the difference for an average Wi-Fi hotspot is simply an extension of your mobile carrier. So it’s not going to help you when your phone has no data or power. On the other hand, Standalone Wi-Fi Hotspots is like Hotspot on steroids! It will work without having to put in a SIM card and by relying on the virtual SIM technology and what’s more is if your devices are low on charge it can even be used to power up the juice in your devices!

So it’s actually not just a hotspot for good remote carrier-free internet it’s also a power bank to charge your phone with!

So just ask yourself next time you’re planning a trip or if you are currently.

I think by now you know your answer…

How does Roaming man work?

The Roaming man is the most versatile mobile hotspot in the market. In fact, it is the world’s first 4G worldwide and free-roaming Wi-Fi hotspot device for travel and mobile internet industry! If you want high-speed data while traveling abroad more importantly for multiple devices you probably want a mobile hotspot and your best bet is the Roaming man.

The company behind is it Roaming man a 4G mobile internet service provider and telecommunications company. So you can expect good quality connectivity. The business was developed through a shared strong belief that there is a need for a low-cost global data solution that is accessible to everyone.  The goal was an easy Wi-Fi Solution for people traveling on the go.

Like I mentioned before the Roaming man is a standalone mobile wi-fi hotspot. It is based on a Cloud sim which means you aren’t really using an actual SIM card rather a virtual one.

Basically, it is a plug-and-play wifi hotspot. You simply take it out of the box, turn it on and voila you immediately have WI-FI!  It really is that simple! All you need to do it top it up with prepaid membership Wi-Fi plans and you’re good to go. There’s also an option to rent with flat pricing which we will get into in the next section.

It also is a good power bank that powers up to 5 devices at one with connectivity in more than 100 countries at 4G LTE speeds. The Roaming Man is simply overall a device you need to you especially when traveling to countries like India!  The connectivity is great and there are no roaming charges.  that has good pricing plans, easy functionality especially the no-strings internet.

Wi-Fi Speed: The Speeds can vary based on location but we have experience speeds of 150 MBPS download to as low as 40 Mbps download. Like I said it depends on the location. In areas outside of the cellular zone, the network would be different as the roaming man relies on tapping into these local networks to get connectivity to the internet. 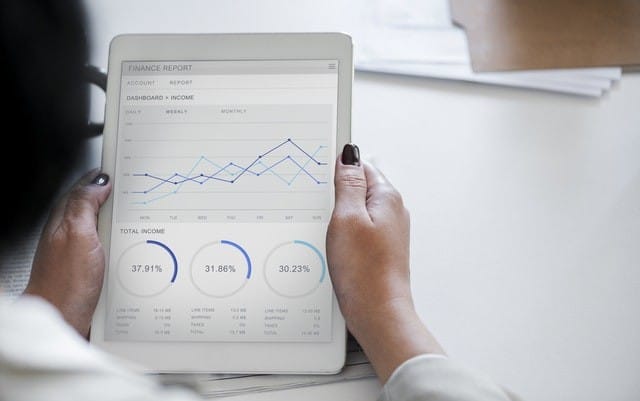 Battery Life: The battery life can also vary based on the usage of the internet. The more extensive your activities are the more the battery will be drained. One day of heavy usage including live tweeting, web browsing, and photo uploading will get you up to 8 to 10 hours of battery life. Some devices like Skyroam Solis x offer 20 hours which has an edge over the Roaming man.

The roaming man is only available on rent so its purpose is purely as a companion for travels. You pick it up for your travel use it and then drop it off at their convenient locations. The rental service costs $9.99/day what’s cray is it the pricing is flat! It stays the same regardless of the location you are traveling to! No matter where you go you pay a flat $9.99 per day for unlimited data for which you get a good 500Mb per day at 4G speeds of up to 150 Mbps download 50 Mbps for uploads and Sweet! There is a minimum renting period of 5 days as per company policy.

If you aren’t the one on the budget then it goes without saying the Roaming man is for you! It’s crazy not to get one with the number of benefits you get in return.

In Malaysia, you can pick up the Roaming Man device before you travel and return it upon coming home at the 2 major Kuala Lumpur airports — KLIA and KLIA2 making it super convenient if you’re traveling around Malaysia. They’re open 24 hours a day, 7 days a week.

Get The Roaming Man mobile hotspot?

So you finally make that decision and are ready to get your hands on the Roaming man but how exactly do you rent one? Don’t worry we got that covered getting the roaming man is simply child’s play. It’s actually almost the same as booking a flight ticket.

Data is capped to 500MB: Now although most companies advertise as unlimited WiFi there is honestly no unlimited wifi on these devices due to fair usage policy. Fair usage policy ensures everyone gets a fair bandwidth and no one exploits the internet for their selfish needs. In a way, it is to protect the consumers so it’s for the best. However, if you plan to use the internet for work purposes then it is going to run short. You will have just be careful with the usage!

Bulky Device: The roaming man is a bulky device it also seems a little heavy. However, this is because it is a portable charger that powers up to 5 devices. So it justifies the heavy and bulky body. It is very small so you can just put in in your carry-on or even in your pocket.

Does the roaming man work with all devices?

The roaming man works with Any Wi-Fi enabled device, such as smartphones, laptops and tablets, will work with our ROAMING MAN WiFi hotspot device. Up to 5 devices may be connected simultaneously.

Is there an extra charge for shipping?

There is no charge for US ground shipping however you can pay extra for faster shipping. There is a charge for international shipping.

Will the Roaming man work in two countries in a single day?

Yes, the SIM technology automatically switches to the appropriate country SIM upon identifying a new Wi-Fi zone. The device will be activated for every country on our coverage list.

Is there a minimum limit for the number of rental days for Roaming Man?

What is the activation start date for Roamin Man?

Activation start date is when you want your WiFi service to start. For example: If you’re traveling to Europe, and you want to have WiFi from the day you land, you pick that day to be your activation day.

Does Roaming man have a maximum cap for its users?

Yes, you will experience reduced speeds after exceeding 500MB usage in a 24-hour period. This is to establish a fair usage policy for its users.

Will Roaming man work in my country?

Yes, the Roaming man works in almost 200 countries around Asia, South America, Africa, Europe, and Oceania. So it doesn’t matter if you are in Malaysia, Japan or China, you’re covered.

Can I cancel my order?

You may cancel an order before the device is shipped. If the device has already been shipped, your order cannot be canceled. You will need to return the device to us once you receive it in order to process any additional refunds. Shipping and/or restocking fee may apply.

Will it work on a cruise ship?

ROAMING MAN will work by ports or on land where there is cell reception, but not far out at sea (only satellite technology is available far from land). However, ROAMING MAN Hotspots will work when your ship gets closer to ports and at cruise destinations. The closer you are to land, the better connection you will receive. This is normal, no cellular network will work in regions with no cellular network.

Will it work on an airplane?

Technology has not reached that far where we have Wi-Fi hotspots working on the airplane. Maybe in the future. Only satellite technology works up in the air.

Does the Roaming man work with VPN?

Yes having worldwide connectivity you will need to use a VPN in countries like China and the mid-east. Roaming Man doesn’t come built-in with a VPN, so if you’re planning on visiting China and want to login to Instagram, Facebook and WhatsApp directly you’ll have to get a VPN along with the Roaming Man Device.

How fast is the connection?

This varies upon the location to location and also congestion in the network area but in most 4G cities it should give you a speed ranging from 20 Mbps to 40 Mbps.

Thank you for reading this article. We hope you find this article on the Roaming man review helpful and informative.

I’ve been living out of a single backpack traveling the world since early 2016. I used to work as Technical SEO Consultant (Former Head of SEO at Foundr.com) and travel blogger.

I now blog on JeremyNoronha.com writing about whatever is on my mind 😁

JeremyNoronha.com is a participant in the Amazon Services LLC Associates Program & other affiliate programs, and we get a commission on purchases made through our links.